This author has not yet filled in any details.
So far ron has created 22 blog entries.

Eight years after Neil Armstrong stepped out of a rocket ship and became the first human being to set foot on the moon, NASA began its Voyager mission. The twin probes were able to travel nearly 36,000 mph, which was good, since their mission was to explore Jupiter, the fifth planet from the sun, along [...]

The image on the right is our Sun! Three hundred thousand times the size of Earth, blazing at nearly eleven thousand degrees Fahrenheit, its magnetic field stretching through interplanetary space to the outer limits of the solar system.[1] No one has ever seen the Sun like this before! It’s the first “closeup,” via the world’s largest [...]

In theater, a cue is a signal for an actor to do or say something or an instruction for a technician or stage hand. A line is spoken, which cues a response, sound effect, lighting change or the end of a scene. Now and then, though, somebody misses a cue.  Imagine what you would do if you [...]

The world’s not ending quite yet

CNN wrote a piece today about a psychic who claimed back in 2008 that “around 2020, a severe pneumonia-like illness will spread throughout the globe, attacking the lungs and bronchial tubes and resisting all known treatments. Almost more baffling than the illness itself will be the fact that it will suddenly vanish as quickly as [...]

As I was praying this morning, I was reminded of the valley of dry bones. In the Spirit of the Lord, the prophet Ezekiel was set down in the midst of a valley that was full of bones.[1] And He said to me, “Son of man, can these bones live?” And I’m sure that many [...]

Be strong in the Lord

[vc_row][vc_column][vc_column_text]We’ve lost our ability to be objective. And God has allowed this Coronavirus microorganism to come in and give us a reset, an opportunity to transform and change the way we think, the way we see and understand. We missed the opportunity in 9/11. We just got complacent and comfortable again. In Matthew 24:4, Jesus [...]

Faith is our eyes on God

“I pray that you will continually experience the immeasurable greatness of God’s power made available to you through faith.[1] ... Faith empowers us to see that the universe was created and beautifully coordinated by the power of God’s words!”[2] Without faith, we can estimate that the universe is about 93 billion light-years in diameter. That’s [...]

Are you a Christ-follower? Sure?

Following Jesus is not about doing something else. Following Jesus is about being somebody else. Not about going to church, singing in a choir, fasting, praying and reading the Bible. Anybody can do that and be as far from being a Christ-follower as Harold Shipman.[1] Following Christ is where you stop being who you were [...]

The restoration of God’s church 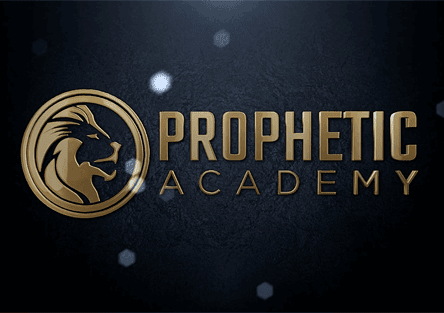